Following this project will provide you with:

Sign Up
Hooray! This project was successfully funded on December 24, 2013.

24 hours to reach our overflow goal!!!

Can you believe it? We made it!!! We couldn't be more happy, grateful, relieved and excited!!

A HUGE Wompam thank you to everyone that contributed! Your names will echo in the history and legacy of Milk Cult!

In all sincerity, we really could not have made this happen if it were not for everyone that was able to contribute to this Clovest campaign. We can only assume you all are very generous, and extremely good looking. You guys and gals are now officially part of our story, and part of our small beginning -that makes us feel real swell ya know? It should make you feel real swell too, if you wanted to pat yourself on the back right now, we feel that would be very appropriate. You could even do that until you passed out and we would still consider it ok. Or you could avoid all that, and just stop by The Sanctuary for a real human hug. That's ok too.

We still have a stretch goal $15,00.00 (that's $4,950more) and could still really use your support! We know it's a long shot considering we only have 24 hours left in the campaign, but we believe that with your help, it could still happen! If you are still able to contribute, or know anyone that would want to be a part of this, we could still really use you help and support!! So please spread the good word and contribute more if you are able. We really want to make this happen, and it really fills our little milky hearts with joy to know we have all of you behind us.

Thanks you so much.

Clovest recently interviewed us about our background in starting Milk Cult, how we moved to Union Kitchen, and finally how we came to opening the Sanctuary.

Read part one of the interview below and share it with your friends and family to help us get our loan! We've got 2 days and $1500 left to go! 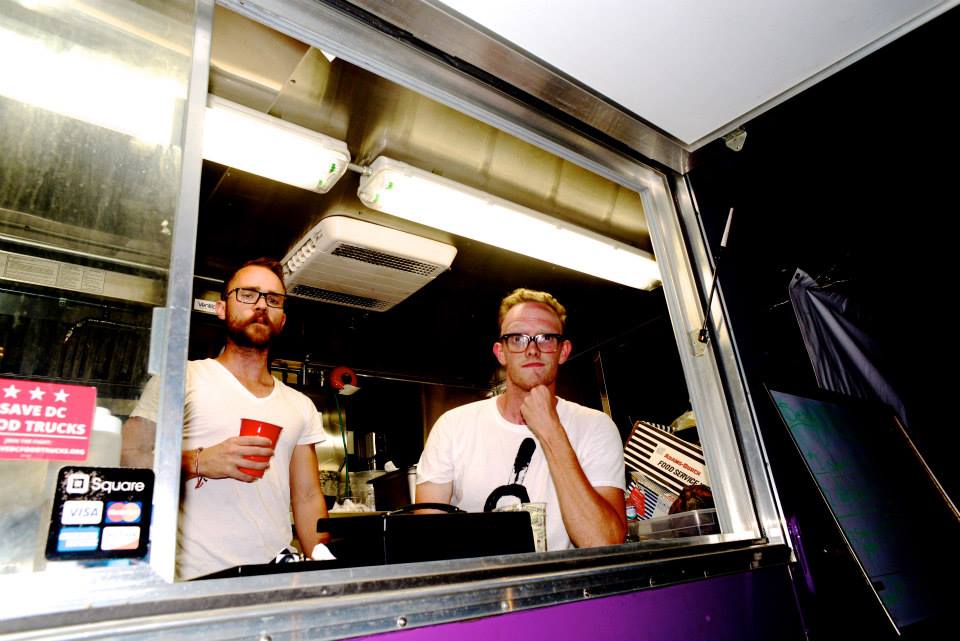 Pat and Ed after a long day selling tacos out of a food truck at Union Kitchen– one of the many hustles undertaken by the formidable Milk Cult.

Clovest: How did you guys get started in the food industry? What were your backgrounds before the Milk Cult?

PG: Ed and I both have extremely into food, the culinary world, and all that stuff. Its one of those things we bonded over and continuously bond over. Him and I both did a lot of private catering events growing up and I've always had the pipe dream of us both working in food. My uncles have a pretty successful bar/restaurant Brooklyn and I’ve just respected the hell out of them for that and how well it went for them. I just saw that they were doing what they wanted to, they were doing it well, and they were being recognized for it. And they were working their asses off, but they're living the dream.

I had a bunch of random jobs, never any serious ones in the food industry. I eventually found myself working at Takorean– one of pioneers of the DC food truck scene. I remember when I was working for Mike, the owner of Takorean, I made it more than a job– I decided to soak up as much as I could from him because he had a very successful food business in the same kind of framework that I would like to have. He does it very well and very intentionally– and he wants to make good food but he's not so romantic about it. He’s making high quality food, but also runs a very successful business.

So I soaked up as much as I could and then that job ended. During that time, Ed was in Indonesia teaching English. So when he came back from Indonesia, I wasn't working at Takorean anymore and we both kind of were like, “What are we doing?” And while he was away, he would send me photos of motorcycles rigged into food carts and say like, “Look how crazy this shit is”, and I'd say "That's awesome!". So when he got back we were both pipe dreaming about "What if we did something like that?" 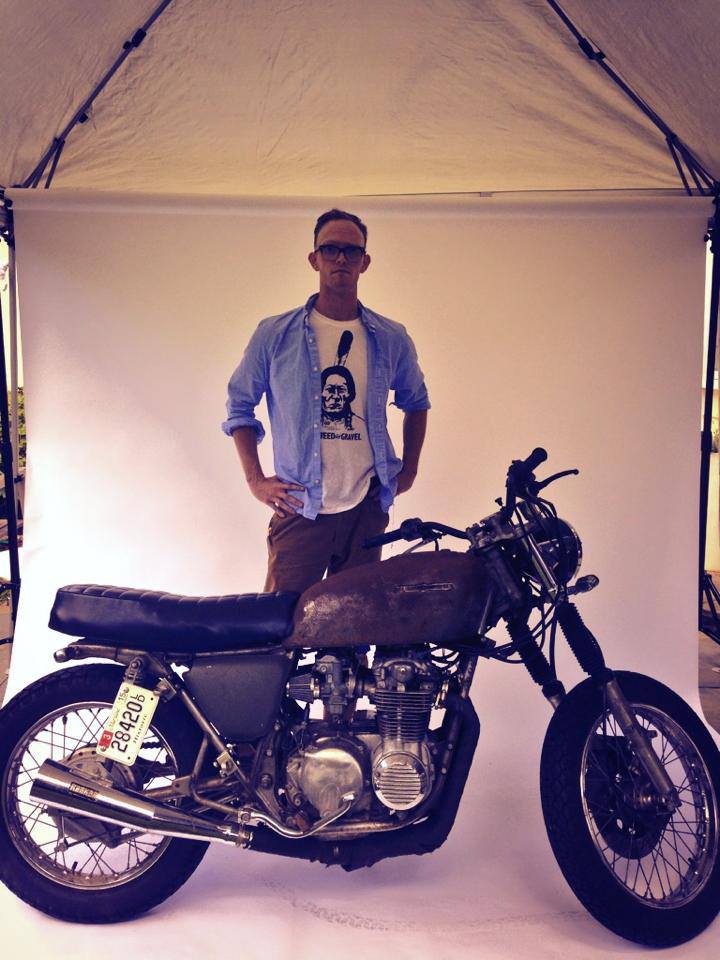 Started from the bottom– or a motorcycle. Pipe dreams (pun intended) have created some of DC's best handmade ice cream sandwiches.

Clovest: Right the never-ending question of, “What are we doing with our lives?” So, ice cream sandwiches? Was that the obvious answer?

PG: Well, Ed has a reputation amongst our friends as the guy who makes really good ice cream. He got pretty much the best home model ice cream maker a long time ago and since the day he got it, he's been making crazy awesome ice creams– he made a fried chicken ice cream one time, which was disgusting and he'd trick people into eating it, but then he'd also make up for it by making like the best blackberry ice cream you've had in your life. So when we got talking to what would we do (food wise), Ed was like "Ice cream", and I was like "Yes, but...what could we add that would make it a bit more interesting?" and we both were like "ICE CREAM SANDWICHES!".

Really like from there we just both got so excited about the idea– the idea about a motorcycle, a food truck, a store, none of that existed. It was just about making ice cream sandwiches interesting and different, but still accessible.

So we talked about it a bit more seriously and Ed drafted up a business plan, which was really helpful because it made us both realize that this could actually happen. Then the idea came one day of getting an old cafe-racer style motorcycle with a sidecar and turning the sidecar into a freezer and selling ice cream sandwiches out of it. And Ed, who has a lot more experience driving motorcycles, was like "That'd be so cool, but logistically it can't be done." But an hour later, he called me back and said, "Let's do it."

Clovest: So you got started on the motorcycle?

PG: Actually, the motorcycle came much later– we started with the product first. I was reading the [Washington] City Paper and I read the article about Union Kitchen and I thought, this looks perfect. So we visited Union Kitchen and from the moment we were there and explained to them everything we wanted to do, they were very excited to have us join. They were so great– they really could not have been any more helpful with kind of holding our hands through the whole process of getting our business off the ground.

Clovest: How much did the growth for your business come out of the opportunities provided to you by Union Kitchen?

PG: Just about everything. Whether it was other food businesses, whether it was Cullen or Jonas, or just people in the Kitchen who heard about things that were going on. We did a couple of things on our own and our first couple of events were disasters, but you know, good disasters! Very important lessons learned.

As we continued to deliver, Union Kitchen started to develop a little more trust in our product. From there, they would help promote us to some marquee events around town. And it all came with the hope that one day we could be one of the bigger success stories.

Watch out for Part 2 of this exclusive interview with Patrick Griffith, owner of Milk Cult, and Jonas Singer, owner of Union Kitchen.

By Karan Jain on The Sanctuary by Milk Cult

From all of us at Clovest, we want to wish you a very joyous and happy Thanksgiving! Thanks for all your support and interest in Milk Cult and the great work they're doing with the Sanctuary up in Petworth. If you haven't had a chance to visit the pop-up yet, we, along with the Post and the City Paper, highly recommend it.

In line with the giving spirit and recognition of all the great support you've given them so far, we're extending their Clovest campaign until Friday December 20th. We encourage you to make your loans if you haven't done so already and enlist your friends to help make it happen.

Remember, you'll be paid back your contributions over the next three years AND Milk Cult will be having a monthly Saturday happy hour (featuring half price tacos) for funders and their friends!

So join MC's campaign, spread the word, and visit the Sanctuary. But most of all, enjoy your holidays with family, friends, and loved ones.

We've opened but still need your help to stay!!! 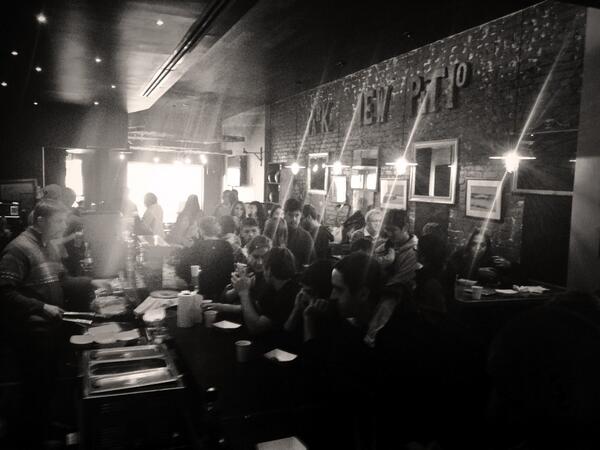 Our Launch Party was a hoot! Far more people came than expected, and we have contributors like you to thank!

Thank you from the bottom of our little Milky hearts!

Things are going swimmingly so far, but we still need your help! We still need funding to gain the ability to turn our current 3-6 month "pop-up" status into something much more long term! We really want to plant roots and become a mainstay in the community.. we'd like to think you want that as well.

So spread the good word and pat yourself on the back for being do helpful so far!!

Loans are repaid to Funders on a quarterly basis (unless businesses choose to repay them faster).

At Clovest, our partners are our lifeblood. In fact, nearly all of the businesses that have raised funds on Clovest belong to one of our partner organizations. As a way to give back to these great organizations, we created Clovest Communities (and affiliate badges) as a way to highlight the support these organizations provide to our favorite local businesses.

If you're an organization that is dedicated to helping the growth of small, local business, or are interested in learning about the benefits of becoming a Clovest Community partner, get in touch with us at [email protected] to find out more about how we can work together.

If (and when) we are lucky enough to meet our goal on Clovest your friends, family and the Petworth community will be able to participate in a once-a-month Clovest Community Happy Hour! One Saturday a month, we want to host a community happy hour for good times and half price tacos! You will be invited to come eat your heart out, be merry, and pat yourself on the back until you pass out... ....don't worry we will clean up after you.

At Clovest, we value communities. A lot. So instead of offering individual rewards, we work with businesses to find a unique reward that will benefit the entire community. The community reward has three core goals:

Community rewards are the businesses way of reinvesting in the community that has just invested in them.

While the project's goal is the amount the business must raise in order to receive a loan, the overflow is an amount they can borrow beyond their goal.

Another way to think about this is:

If the business does not meet its goal, no loans are funded and no money exchanges hands. Regardless of the amount they raise, a business is still obligated to repay its loan in full.